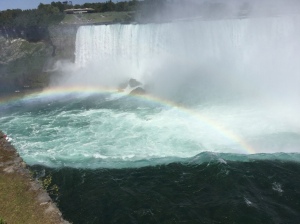 I re-entered the States into New York at Niagara Falls after a week peddling through Ontario. The guy at the U.S. border was more interested in my trip than whether I was bringing in any problems – he seemed incredulous that I had come all the way from Seattle.  I’m experiencing that reaction more and more the farther East I get – people will say, “No way, you must have flown here,” or similar comments. It is beyond most folks’ comprehension to accept that a skinny, 63-year-old guy from Seattle could bicycle across the Continent, now more than 4000 miles into the trip!

After landing at Lockport, NY, the first stop on the Erie Canal north and east from Buffalo, I had the privilege and delight to bicycle along the tow path of the historic Erie Canal most of my way through upstate New York.  What an amazing place and a wonderful, historical experience. Plus it was mostly flat, following along the edge of the canal, which is a benefit to the bicyclist passing through the hilly ridges between the Finger Lakes. 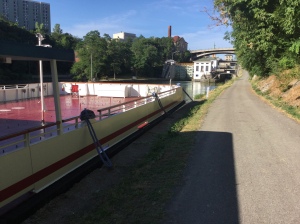 (The lock at Lockport, one of the highest lifts on the old Erie Canal.) 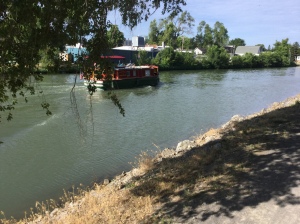 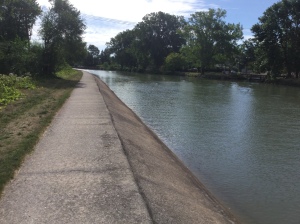 (One has to be careful while peddling on certain sections of the old tow path, lest one were to vere right…)

The Erie Canal was built in the early 1800s to connect the eastern Hudson River settlements with the “West” represented by Lake Erie at that time. The path rose 500 feet in total elevation from the Hudson to Lake Erie, and involved 50 locks.  It was a feat of engineering as well as physical labor, and was considered one of the engineering “wonders of the world” at its opening in 1824.  I remember my dad, an MIT engineer from the class of 1933, talking about studying this project as well as the Panama Canal – he would have enjoyed coming along on my ride through this section, and probably did from above. 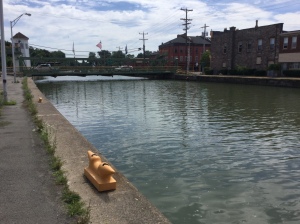 (The Canal passes through a lot of small towns that grew up with the canal’s commerce in the 1800s – some are adapting, while others are dwindling.) 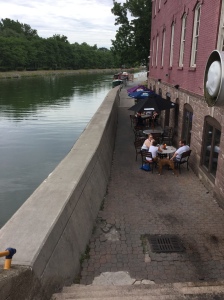 (Here is an adapting town, Brockport, with a brew-pub, Stoneyard Brewing Co., along the edge. The tables in this alley are actually lower than the water in the Canal!)

I passed Rochester and landed one night at Palmyra, NY.  You might recognize this town as the place where Joseph Smith had his conversations with salamanders and found the Mormon tablets. I suspect there are some good mushrooms in these woods.  The town is pretty quiet, but interesting as one of few I’ve ever seen with a church on all four corners of the downtown intersection (at Church and Main, of course). The folks in the local bar that was still open when I got there were really nice and very supportive of my trip (one woman kept saying that I should go on the Survivors show!).

I met various bicyclists along this route, as well as locals who were impressed with where I’d come from.  One local cyclist took me to the Fairport Brewing Company and bought me their best IPA, which was quite good. I wish I had more time to stop and dwell in these small canal towns with so much history – even at my relatively slow pace I feel like I’m traveling too fast.

I skirted Syracuse, including getting off my all-steel bike when a lightening bolt hit too close for comfort.  My colleague, Andrew Radin, from the Product Stewardship Institute board came to my rescue, and we spent a great evening out on one of the Finger Lakes, Skaneateles (pronounced “scan- e-at-e-les”), where his family has a cabin. Wow, what a beautiful place – I wished that I had more time to explore. 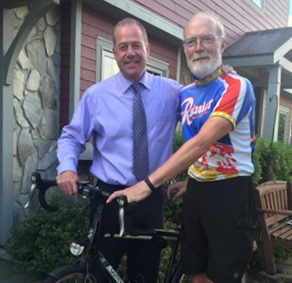 I had my first flat tire of the trip just as I approached Syracuse, on the day my odometer turned 4000 miles!  I was so surprised I had trouble dealing with it for a few minutes – of course it happened in a pouring rain.  I ducked under a covered lumber yard and changed the tube, realizing upon inspection that I had completely worn through the rear tire. Next day, I changed the tire out at a wonderful little bike shop in Manlius, NY – the guys there opened early for me, fixed my bike (new rear shift cable as well as tire), and refused payment for their services.  I love these small bike shops across this U.S., they are the foundation of our sport, absolutely awesome. 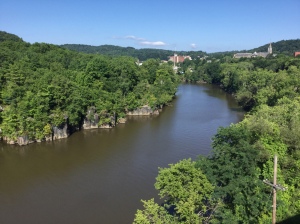 (Little Falls, NY, is an example of a town along the Erie Canal that is in transition – one could sense the old mills and the past, yet one also sensed the possibilities ahead. Note the bedrock along the left side that the canal-makers 200 years ago had to dig through.)

I headed east toward Schenectady when I heard from my friend Virginia’s brother, Jamie, and his wife, Kim. They hosted a visit over night at their house in Galway.  It was a treat to learn about their horse-centered lives involving shoeing as well as rodeos as far as Florida! The nexr morning i rode through beautiful, rolling country as I headed south down the Hudson. 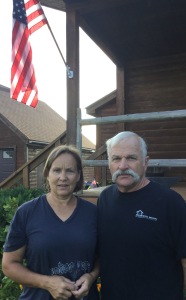 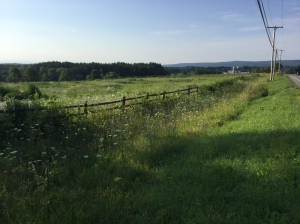 At Germantown, NY, on the Hudson I headed Southeast across the Appalacians and the various hills that got in my way.  I was sure I was not in Kansas when most of the streams that flow to the Hudson were called kills and the ravines they created were called hollows. I rode through Deep Hollow and Bog Hollow.  This was clearly Rip Van Winkle country, although I didn’t come across Sleepy Hollow.  I could have used a long nap that day given the heat, humidity and hills.  Again I was surprised at how rural this region was, less than 100 miles from the big city.

The farther East I get, the older everything seems – roads, buildings, canals, barns, stone walls, whole towns.  Whereas Seattle was settled by pioneers in 1854, most of the villages I’m now peddling through go back at least 100 years earlier, and the closer I get to the coast they start listing their founding dates in the 1600s!  Near the tiny “hamlet” of Wassaic, NY (too small to be officially designated as a village, let alone a town), I noticed some odd rock structures overgrown with ivy by the side of the road. They turned out to be beehive kilns from an old iron works, more than 200 years old.  The beehive construction reminded me of old Celtic ruins we saw in Ireland many years ago. A serendipity moment by the side of Deep Hollow road, seemingly ignored as no big deal by the locals. 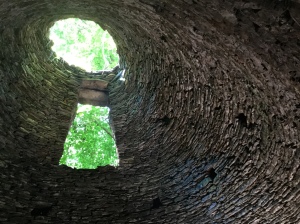 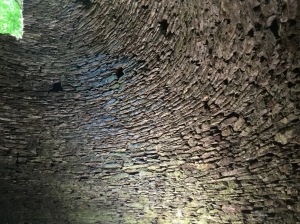 I crossed into Connecticut by such a back road there were no signs, although soon therafter I crossed the Appalachian Trail, a sure indicator to me that I was making progress toward the coast.  And with that I’ll close this post with my latest map showing my progress toward the far corner of Maine. New England states are pretty small compared to most that I’ve traveled through, yet the long Maine coastline still looms. 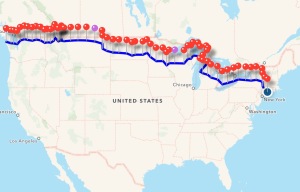 7 thoughts on “Across the Empire State” 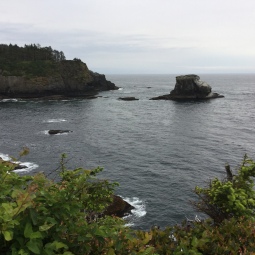 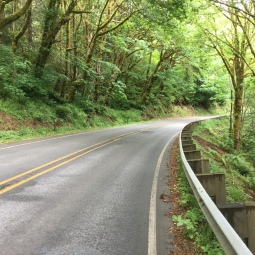 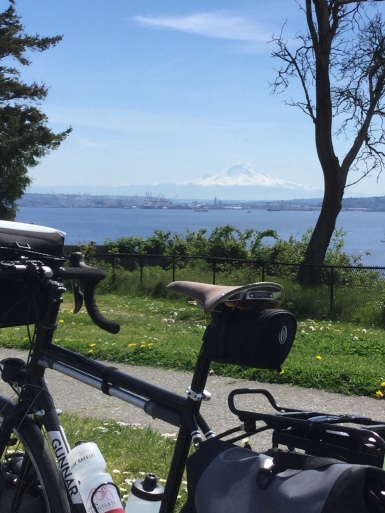 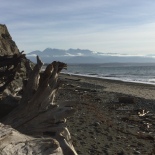 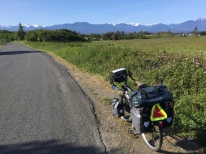 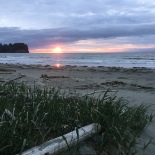